Back to reality! Boo! 😦 Yes folks, I am back from my vacation to the Dominican Republic.

Can’t complain about my trip at all except for those seriously annoying beach vendors that in comparison, are like fucking seagulls. Weather was great, food was good, drinks were yummy, the ocean was sexy. Instead of boring you with words, I come barring photos instead! 😀 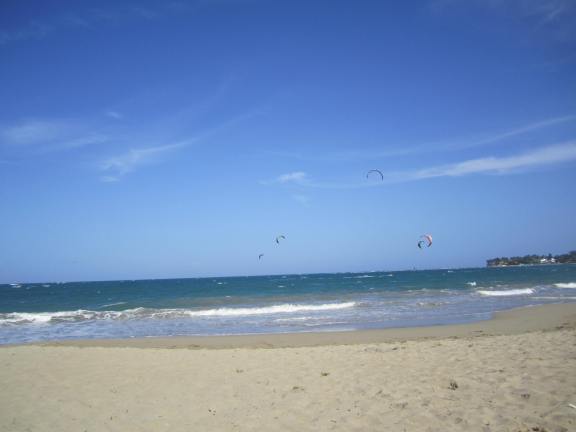 Cave Photo of Matt and I

Amazing Artist who turned glass into ANYTHING you wanted. 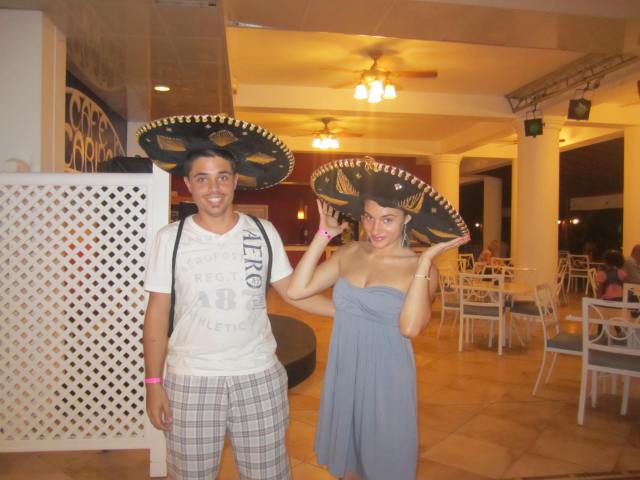 Relaxing in the shade

Say hello to my little friend! This bugger attached himself to my sandal and would not let go!

Matt and his friends

Matt and I with insane love-birds

I look majestic with love-birds 😉 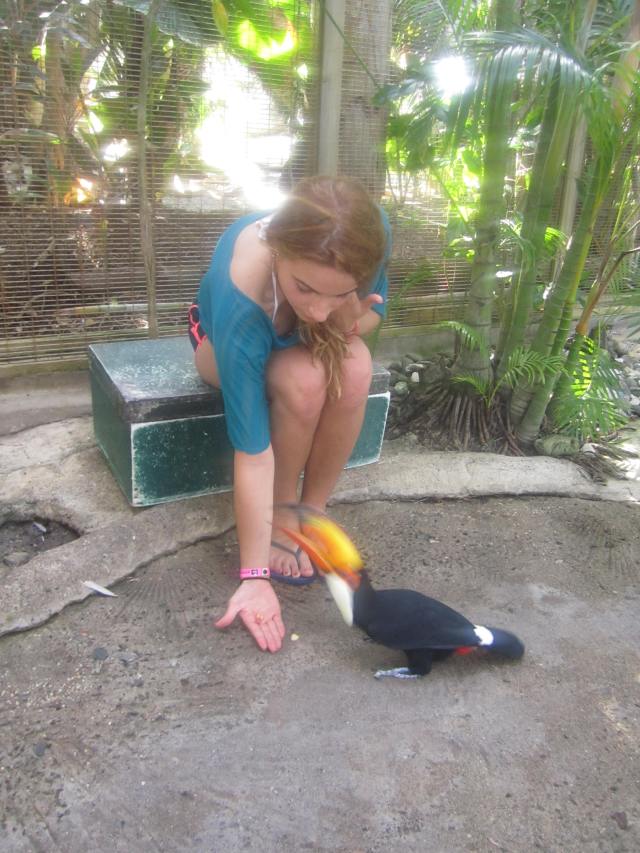 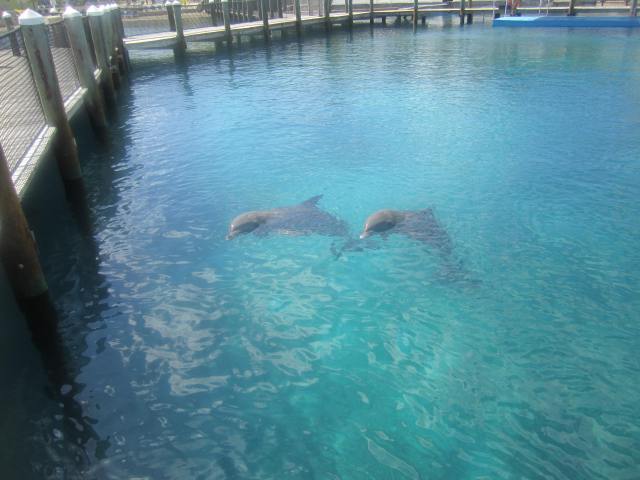 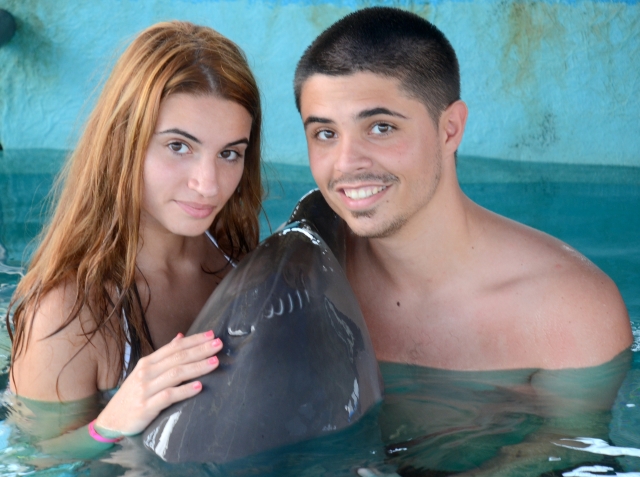 Matt and I with Serena

Having fun on the beach! 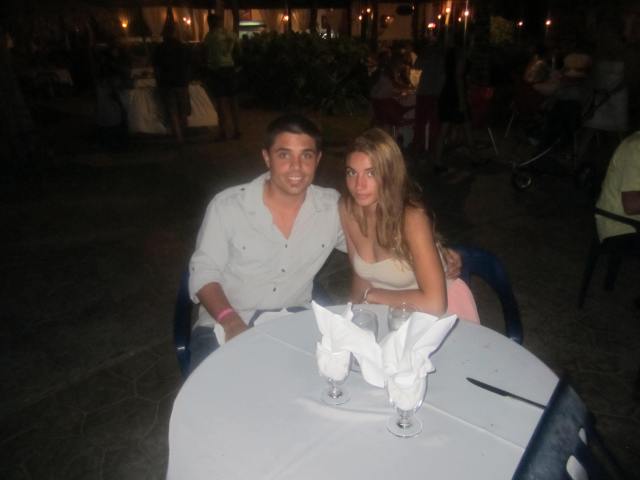 Dinner by the pool on our last night. 😦

I can not even begin to explain how guilty I am of this, minus the abusiveness. I probably have had these dreams 3 times, last night being the third.

It is so funny how your mind in an unconscious state, can have such an effect on what’s reality! I wake up SO pissed off! I will sit up and look at him and wish fucking death upon him. This anger that is completely stupid and irrational just builds inside of me, as I look at his stupid,sleeping and peaceful FACE! I just have this urge to suffocate him with a pillow, how DARE you cheat on me! In my DREAM! AHAH! Do you know how fucking crazy that sounds?!?

Can you imagine explaining that one to the cops. “Uh, I killed him because he cheated on me officer! I saw it! I was there! When? Last night!….Where?… Oh….In my dream”

Consider yourself locked up away for LIFE in a crazy house with white padded walls!

I usually tell him in the morning, mainly because I have this pissed off and distant attitude.

“What’s with that ugly slab ass look on your face Jenn? Did someone wake up on the wrong side of the bed?”

“Matt, if you ever touch Bethany, I’ll personally cut off your dick. I’m forewarning you.”

The best is when he tries to kiss me good morning and I face-palm him.

“Don’t you dare touch me. Don’t even think about it. Do you know what you did in my dream last night? You fucking cheated on me. Yeah that’s right, you heard me..”

*Sigh* I can’t help it that I’m bat shit crazy 😦 I want to change, I really do….AHAH! NOT! My mental disorder brings personality to my relationship! I wouldn’t change it for the world 😀

Six more day’s till vacation What What! *Dance’s in chair*

Can I just take a moment here to mention that I don’t actually have a mental disorder. But even if I did, I wouldn’t willingly admit to it! HA

Photo Credit: My Uncle and his Iphone

I’d be smoking hot! Like come on! Look at that face! Yes folks, that picture of pure sexiness, is me 🙂 As you can see it was taken with an app from the TV series “The Walking Dead”

I have NEVER watched that show, nor do I ever want too. But I must admit, an app that can zombify your face is pretty awesome!

Thoughts? I know I would tap that. Look at those LARGE bulging baby blue eyes. Rawr!

Thanks Dead Yourself app! You made me look officially 100x hotter!

So besides being dreadfully sick, I’ve had a pretty okay week. Okay, I lied. I’ve had a horrible week and I can’t wait for it to end! Blah!

On the plus side, I’ve hear the most ridiculous but hilarious things within the past 2 days. Well, at least they are funny to me….Shut up.

SO! The first thing that I heard was on the radio while I was driving to work. It was on 102.1 The Edge. I can’t remember the conversation, but I think it was on the Dean Blundell Show. Anyway’s, the conversation was about scooters and motorcycles and why men ride them. Dean went off to say;

Shortly after there was conversation as too why men sometimes cannot get an erection during foreplay. Women usually blame it on the guy being nervous. There was an intern there at the time who I assumed told them a similar story. Of course Dean started ripping on her, saying things like; “MAYBE you grossed him out!”, “Is your junk mangled?” AHAHA ! HA !…Sorry.. So then he proceeds to listing reasons as too WHY. The line that killed me was;

Oh how I love his show! I’m a music person and for one, cannot stand talking or commercials. But! His show KILLS me. Literally. I almost got into a car accident from laughing so hard….

Last but not least was the conversation I had with my boyfriend on the phone last night. Recently I had updated his music library with over 3,000 songs. Yah, I know. He is musically retarded sadly, so I had to help him. With over 3,000 song, I didn’t bother going through it obviously. Ain’t nobody got time for dat. 🙂 So he basically got a whole bunch of crap he’s not into. Like Sheryl Crow, and Leann Rimes. He didn’t have the time to go through all that music either before he left so, he dragged and dropped EVERYTHING to his Iphone.

So last night, I guess he had been listening to music, and to make a long story short, decided to comment on it. His line to me was;

“You have more Enrique Iglesias songs then a sad Spanish girl”

You see! Funny! No? …Pfft, Fine! I’ll just keep laughing by myself… like a sick lonely crazy person. *Cries* 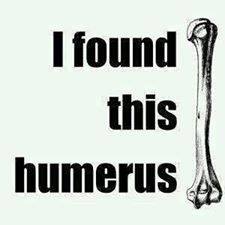 How the HELL does this sound like a Tsunami? Why is it called Tsunami? This doesn’t sound anything like a natural mass destruction at all! This sounds like a really bad acid trip. Not that I don’t like the song. It’s just a question.

Yah! A fucking cold! *cough cough* I’m leaking from every orifice of my FACE! Attractive right? Fucking NO!

I sound like a retarded Seal when I try and talk. Apparently my new nickname is Snuffles. It sounds like a puppet from Mr. Dressup! Ugh! I almost always piss myself when I sneeze! I feel like a 80 year old woman with a bladder problem!

I’m desperately trying not to go to the doctor because I don’t want to violate my body with medicine. So instead, I decided to torture myself a different way. You know what’s worse then drinking Apple cider vinegar in your water? Up chucking the apple cider vinegar water all over yourself and the kitchen table because it tastes like dirty asshole! Don’t ask me how I know what that tastes like! Cause I don’t! I can only assume it would be very very BAD!

I also decided to poison myself with oregano oil in my water. It’s fucking putrid! Like, I would rather drink rat piss! Just thinking of it makes me vomit in my mouth. Fuck.

Wanna know what’s more flattering? Walking around with tissue stuffed in one nose hole so I can breath! Yah! If that’s not hot i don’t know what is. 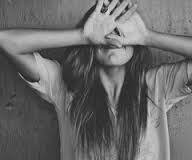 Yes, it’s that time again. That lonely and boring time again… *cries* My boyfriend decided to ditch me for like 10 days to go Moose hunting with his dad in Upsala Ontario. Do you know where that is? Butt-Fuck No WHERE! That’s where!  Like North West of Thunder Bay! 18 hour drive to NO WHERE! We could of drove to PEI in that amount of time. POINTLESS! 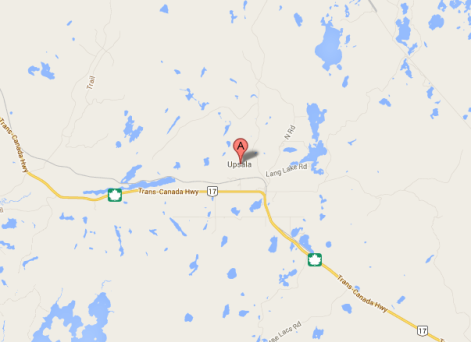 Do you see what I see? Absolutely NOTHING!

You can’t be serious…

Just to kill poor innocent Moose. Look at that face! I can’t even with that face! 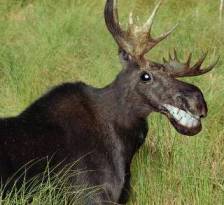 Anyway’s where was I.. Oh, I am bored as fuck. Currently playing Super Mario Bros. 2 on my Nintendo 3DS. I feel like a retard because for some fucked up reason, I can’t get by level 5-1 ! I just CAN’T! *Cries* Stupid Stupid STUPID!

Not to mention Donkey Kong is making me rather uncomfortable. Sitting there all stupid, watching me fail repeatedly….

Oh and this is my dog Noche…. Thought you should meet him.

This ones better. He looks like Johnny Depp. Pretty sure he can’t see. Mind the mess. 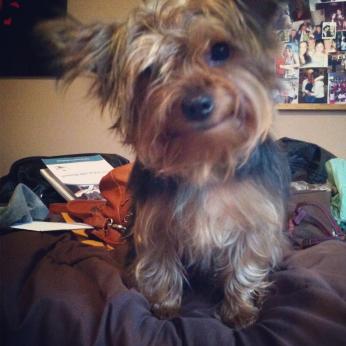 art and words from josephmreyes.com

"You are fearfully and wonderfully made"

Mom Am I Cool Yet?

Dropping Jewels On You Daily...

Read about stuff you honestly don't care about !

Silence Says It All